Forced to be Free? The Consequences of the Transition to European Netback Gas Prices for Ukraine’s Energy Dependency 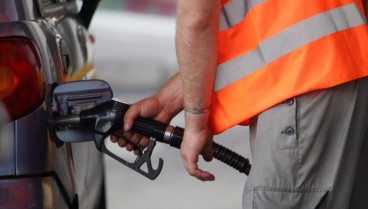 Since 2009, Ukraine has taken concrete steps to decrease its energy dependency on Russia by working to reduce imports of Russian gas, undermine Russia’s status as a monopolistic energy supplier, and mitigate its energy poverty. In the process, the country began consuming less Russian gas in absolute and relative terms, investing in improving the energy efficiency of its gas-intensive businesses, diversifying its sources of gas supply, and encouraging exploration of non-conventional domestic gas. As a result, Ukraine’s diminished reliance on Russian gas after 2009 has featured as a discursive weapon in Kiev’s efforts to resist joining the Moscow-led Customs Union, and in general has rendered Ukraine freer to pursue a more pro-Western foreign policy and reform its domestic institutions. These findings suggest that it is possible to conceive of Russo-Ukrainian energy relations in terms of a theoretical framework whereby the price at which Ukraine buys its gas from Russia negatively correlates with the extent of Ukraine’s energy dependency on Russia, while its energy dependency positively correlates with Kiev’s political and economic vulnerability vis-a-vis Moscow. Nonetheless, whether or not the Ukrainian public will benefit from the recent changes in the structure of Ukrainian-Russian energy relations will remain crucially dependent upon domestic politics. It is to be hoped that the election of President Petro Poroshenko will be a steppingstone towards a meaningful democratization of Ukrainian governance, and particularly towards increasing public oversight of the work of state representatives. Such a development will be necessary to prevent future hijackings of public institutions by a self-seeking elite. While enabling some domestic reform, a regime of high gas prices will ultimately depend on additional, exogenous support for meaningful political change if it is to be fully exploited by Ukraine as a whole, for the benefit of its people.

Anna Postelnyak is Master’s Degree Candidate at the Department of History, University of Toronto. She can be reached at annapostelnyak@gmail.com.

Aslund, A 2009, ‘Ukraine above the rest in crisis management’, The Moscow Times 22 April. Available from: <https://petersoninstitute.org/publications/opeds/oped.cfm?ResearchID=1189>. [Accessed 23 April 2013].

Balmaceda, M 2009, ‘Energy leverage in conditions of external shock: the case of Russian energy relations with Ukraine and Belarus, 2006-2009’. Paper presented at the APSA 2009 Toronto Meeting, APSA, Toronto, ON.

Kudrya, S & Pepelov, A 2011, ‘Trends and new conditions for the development of renewable energy in Ukraine’, Paper presented at the International Solar Conference, Mecklenburg-West Pomerania.

Pirani, S 2011, Elusive potential: natural gas consumption in the CIS and the quest for efficiency, The Oxford Institute for Energy Studies, Oxford.