Introduction to the Inaugural Issue 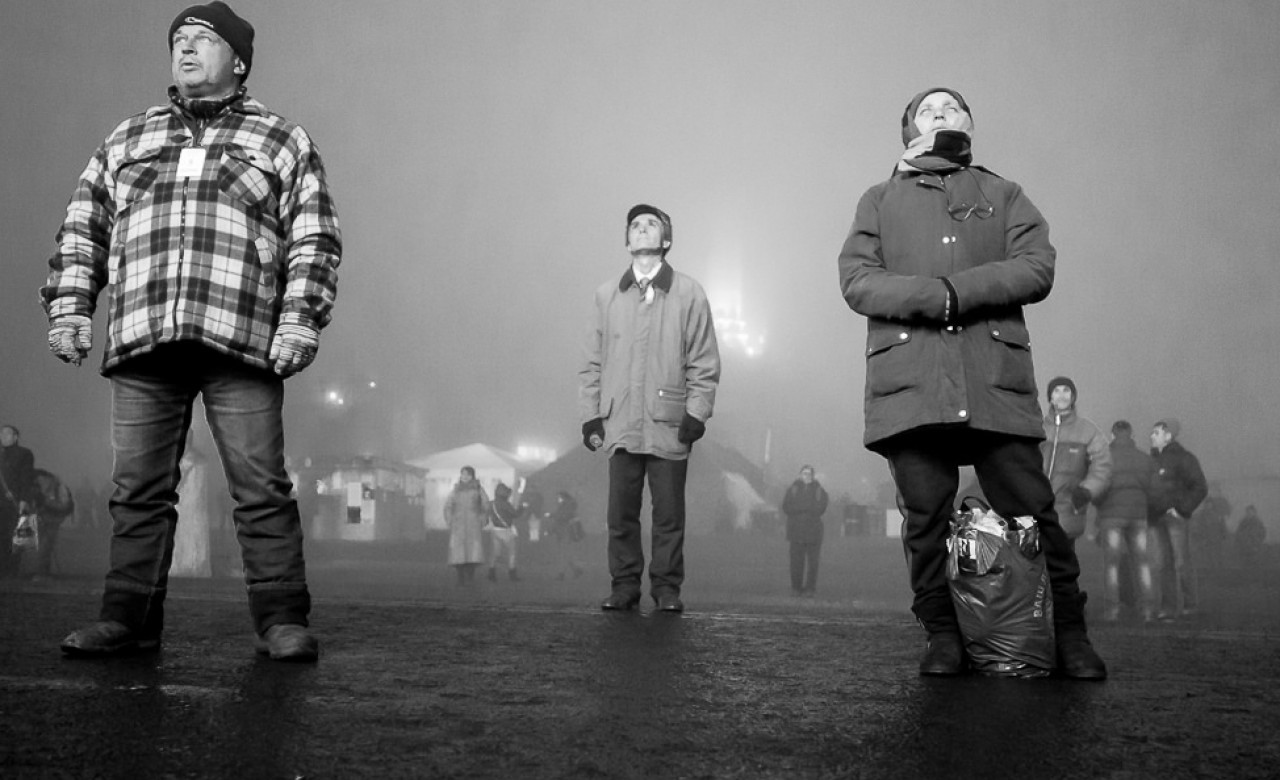 The second obstacle is that not all scholars in Ukraine have been trained in the same language of western academic style, presentation, formulation and organization of social science research. The way one presents one’s research question, analysis and findings has evolved in the social sciences. There is an increasingly greater emphasis on the clear presentation of one’s ideas by situating them in and engaging with existing empirical and/or theoretical work and, most importantly, by being systematic and explicit about the methods and data one used to arrive at his or her findings. This template allows us to better assess research, by easily identifying what and where it adds to existing knowledge and, crucially, allowing it to be tested and replicated.  Some, especially early career, scholars in Ukraine have not yet been trained to think and present their research in this manner (as some of the submissions we recently reviewed illustrate). And thus, JUPS seeks to aid in the promotion of best practices of systematic and scientifically sound social science research, especially coming from Ukrainian scholars.

The last major obstacle, and not mutually exclusive to the two detailed above, lies in the limited access that Ukrainian scholars have to existing social science (more broadly) and sub-disciplinary literature that they work on. To properly situate one’s research and formulate questions that require investigation necessitates engagement with existing theories and empirical findings. Access to such accumulated scholarship largely rests in academic books and journal articles, to which Ukrainian libraries have little access. Moreover, library databases that carry the necessary academic journals (even Harvard University with one of the largest libraries in the world) find it hard to finance its journal subscription service (up to $3.75 million a year). Thus, it is crucial to make scholarship easily and freely accessible. While we cannot change this system or fund access to academic scholarship in Ukraine more widely, we can provide open access to scholarship by demonstrating a level of scientific rigor and excellence. JUPS’s mission is indeed to be entirely open access and distribute scholarship that is accessible to academics globally with few limitations.

Thus, we launched JUPS in hopes that the journal will: enable the dissemination of excellent academic scholarship focusing on Ukrainian society, politics and economy, and create stronger linkages between scholars who work on Ukrainian topics globally and those in Ukraine.

As mentioned above, these goals can be best accomplished with the introduction of double-blind peer-review as a concept and practice into Ukrainian academia and with an open access, online system of publication.

Based on our discussion with experienced colleagues in the field, most social scientists in Ukraine do not have their work reviewed by their peers in an anonymous manner, and instead the review or рецензія is done by a colleague or colleagues who are approached by the author or by the journal editor with few concerns about the anonymity and objectivity of the review process. This practice, of course, does not allow for truly critical reflection and also contributes to the proliferation of unoriginal research, because few submissions are rejected. Double-blind peer-review, as practiced by JUPS, means that neither the author nor the reviewer knows each other during the review process, and it is not until the publication of the article that the identity of the author becomes known.

Secondly, housing the journal online and allowing the subscription at no cost has major advantages not only for scholarship in Ukraine, but is also the growing trend in academia, globally. Printing journals is expensive, and library subscriptions limit the audience and the impact of one’s research. Thus, by making JUPS open access and online, we hope that scholarship published with us will have a greater impact both in Ukraine and abroad, promote greater exposure to existing literature, and crucially inspire more journals like JUPS to be set up in Ukraine. Incidentally, following the launch and the presentation of JUPS in October 2013 at the Fulbright Program Office in Kyiv, we have already observed an impact, and we have been told that this presentation has inspired others to set up blind, peer-reviewed, English, online, open access journals in Ukraine, such as the Kyiv-Mohyla Humanities Journal, Kyiv-Mohyla Law and Politics Journal, Social, Health, and Communication Studies Journal; and we hope that many more will come. Moreover, we hope to see further collaboration between these publications.

The present issue is composed of three essays and three articles. Although the essays are commissioned pieces from members of the editorial board who were asked to reflect on the state of their discipline and the study of that discipline in Ukraine (and were themselves subject to peer-review), the three articles were solicited through an open call for submissions and present findings from authors’ original research and were subject to extensive peer-review. We have accepted for publication, only those articles that we felt demonstrated a certain level of academic rigor – and we should note that our acceptance rate for this issue was approximately 15 percent. Essays by Paul J. D’Anieri and Oxana Shevel reflect on the study of politics in Ukraine and on the study of Ukrainian politics more broadly. Together, these two timely contributions stimulate a debate about how the discipline of Politics or Political Science could develop in Ukraine. And for those who already are working on Ukraine, the authors highlight what still needs further exploration especially in the academic study of politics and policies of the country. In a sense, the authors are presenting a challenge to scholars of Ukrainian politics and society, and we hope that future submissions will rise to this challenge.

The essay by Rory Finnin eloquently points out how little Ukraine, especially its Humanities, is actually known by scholars in Europe, or western academia more broadly. As Finnin notes, Ukraine’s art, culture, and history are often not treated as “official objects of knowledge,” but they should be, he argues, if one wants to understand what holds together and animates Ukraine, the largest European country. Thus, a second challenge is posed to those who study Ukrainian society and culture; Finnin calls for an international study of Ukraine, placing its art and culture in comparative perspective. Thus, although the Iron Curtain physically fell in 1989, it’s full destruction in the minds of scholars and societies in the West and East has not fully occurred; these groups should rediscover the shared histories, artistic movements, literary genres, and other cultural connections between them.

Two of the articles in this issue address policy reforms, and, given the ongoing reforms agenda in Ukraine following the EuroMaidan mass-mobilization, we hope that the conclusions of these authors will contribute to this process. The article by Benjamin Kutsyuruba and Serhiy Kovalchuk draws our attention to an important process of education reform and the approximation of Ukraine to the European Union’s standards of teachers’ education. The authors argue that thus far, the reform has been more declarative, and few of the reforms necessary have actually taken place. The article by Anna Postelnyak evaluates the effect of higher gas prices that Ukrainians have been paying for gas imports from Russia since 2009. She demonstrates that higher gas prices have, for the first time in Ukraine’s independent history, pushed the country’s energy sector towards reform. This has been achieved, she argues, through the reduction of consumption, introduction of energy saving technologies, and market demonopolization. Postelnyak demonstrates that the current government in Kyiv is further intensifying these transformations, but acknowledges that they are a hard sell to a population that will suffer a price hike in the immediate term.  However, she argues that in the long term this same population will be able to reap the benefits of lower prices, stable supplies and the crucial delinking of energy trade from politics, domestically.

Lastly, in her article on perhaps Ukraine’s most controversial and memorable export of the recent decade, Jessica Zychowicz attempts to shed new light on the radical feminist organization FEMEN. Zychowicz argues that FEMEN have chosen a particular repertoire of protest and have thus been able to deliver their activist agenda to a wider audience. As argued by Zychowicz, although FEMEN is now a global brand, whether their methods will advance local and global gender equality remains a subject of debate and controversy, both within Ukraine and abroad.

We hope that you will enjoy perusing this issue and invite our academic readers to submit their own work!

Nadiya Kravets is a Managing Co-Editor of JUPS; a GIS Postdoctoral Fellow at the Ukrainian Research Institute and a Visiting Fellow at the Davis Center for Russian and Eurasian Studies at Harvard University. She can be reached at nkravets@fas.harvard.edu.

House of Lords, European Union Committee 2015, Sixth Report: the EU and Russia: Before and Beyond the Crisis in Ukraine. UK Parliament. Available from: < http://www.parliament.uk/eu-russia >.  [15 April 2015].

Popper, KR, 2002, The open society and its enemies, Routledge, London.