Political Science and Politics in Ukraine after the February Revolution 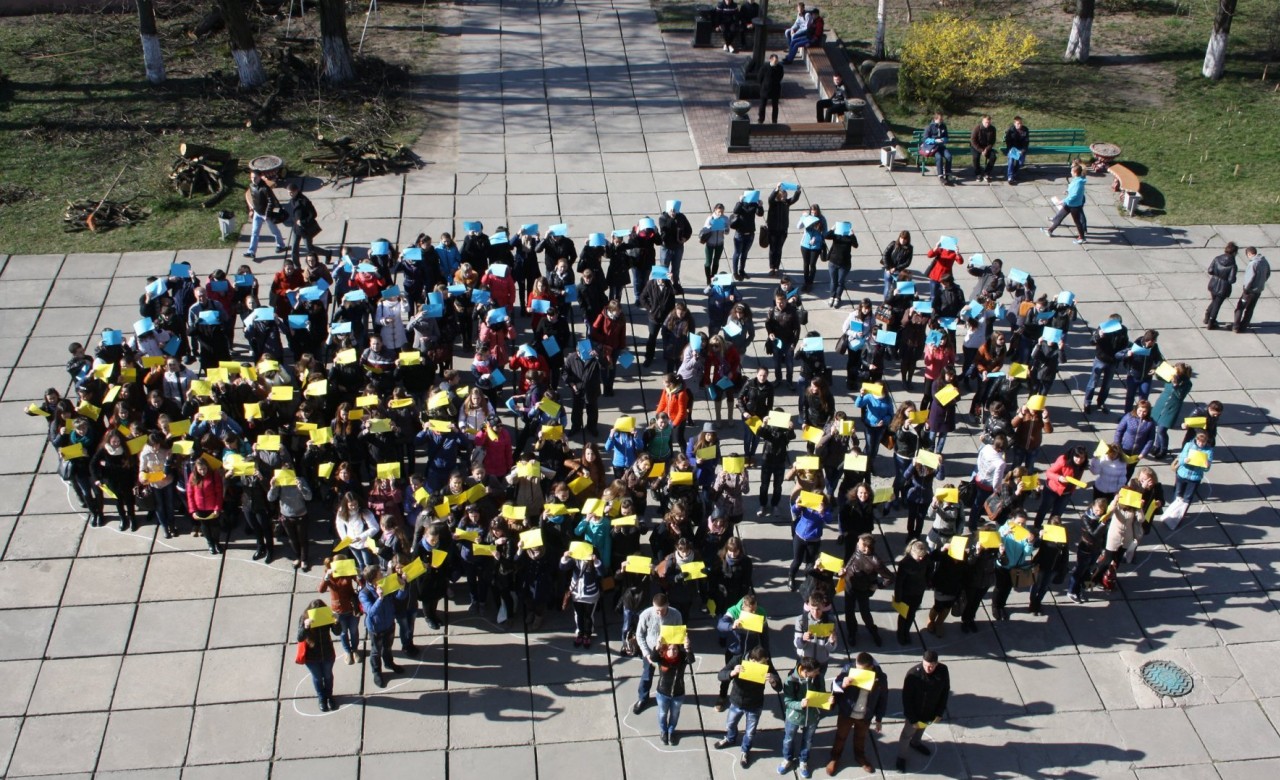 The European revolution of 2014 has once again opened up the prospect of far-reaching change in Ukraine and highlighted how much change is needed if Ukraine is to become, what many people in the country hope for—a “European country.”1At the time of this writing, even the borders of the country are unclear, and the prospect of war looms. Scholars of Ukrainian politics face two related sets of questions. One set relates to explanation: how do we explain what has happened, and more generally how do we explain how Ukrainian politics works? A second set focuses on policy: what measures, and by whom, can lead to more positive outcomes for Ukraine?

These two questions highlight two distinct but connected practices of political science: explanation and prescription. In the abstract, political science is a science, and its practitioners are scientists, and our goal is simply to explain how the world works, not to change it. This notion of science, linked broadly with positivist approaches to social science, is particularly characteristic of the academy in North America, but is widely influential elsewhere as well. Inevitably however, in social science as well as in natural science, we hope to shape the world, not merely understand it. We have some notion of what a better world would look like, and we use science to help build it. This not only guides the scientific questions we ask but prompts us to move beyond narrowly specific scientific problems to policy prescriptions.

I have been asked to focus in this essay on North American approaches to Ukrainian politics, and so the essay begins with a broad characterization of how North American political science has approached Ukrainian politics. I then illustrate this characterization by surveying four of the major issues that have faced Ukraine (institutional design, identity politics, protest and revolution, and foreign policy), and explore what political science has had to say about the nature of these problems, about the possible solutions, and about the challenges currently facing the country. Then, I point to some of the inherent difficulties in applying political science to these problems. The point is not that we should not use social science to address social problems, for the alternative is to make decisions based on hunches or superstition. If social science has not led to progress in Ukraine, it is not because political scientists studying Ukraine have failed, but rather that the nature of social problems and of social science inherently limits the ability of social science to solve practical problems. In the conclusion, I focus on one of those problems—that of power politics—which causes particular problems for a problem-solving approach to political science. Focusing on the role of power politics in Ukraine will help us understand some of the ways in which Ukraine deviates from our expectations, and will help us to craft more appropriate recommendations.

The Study of Ukrainian Politics in North America

Delineating what constitutes the study of Ukrainian politics in North America is doubly tricky. Political science as a discipline is notoriously undisciplined, and North America is neither homogeneous nor isolated in an academic enterprise that is increasingly transnational.  First, there is not much homogeneity in approaches or views among North American scholars of Ukraine.2 Ukraine became independent just as a heated debate was taken place among North American political scientists about the relative merits of “area studies” versus “political science” (Bates 1997). The first focused on deep, contextualized knowledge of a particular country that crossed disciplines, while the second focused on using objective categories to compare phenomena cross-nationally and if possible quantitatively. Area studies seems to have lost that battle, but not completely. Nuanced qualitative research has contributed a great deal. At the same time, there is a strong current of post-positivist and critical theory approaches that prevents political science from having a single uniform epistemology and method, as is the case in economics. Further diversifying the study of Ukrainian politics in North America is that authors from a diverse array of disciplines beyond political science have contributed to the discussion. These include not only other social sciences, but also the humanities and law.

Second, there is no clear dividing line between what is written and published in North America and what is written and published elsewhere. Scholars and ideas flow quite freely across borders, so that scholars working at North American universities have a great diversity in their national origins, native languages, and educational backgrounds. Similarly, scholars educated in North America come from many countries and work at institutions all over the world. The “melting pot” or “mosaic” that characterizes the US and Canada in general apply to universities and scholarship as well. Barriers to the free flow of ideas do exist, the two most salient being language and the unaffordability in much of the world of many prominent journals, but academic borders probably mean less today than at any time in the past.3 This relative absence of barriers is a benefit to scholars and to scholarship, but it makes it difficult to generalize about approaches geographically.

With those caveats in mind, I would suggest that if there is a North American approach to political science (and to Ukrainian politics), it is a political science that is largely (but not exclusively) positivist and problem-solving. It is positivist in that it sees as its aim the development and testing of falsifiable causal hypotheses about the political world. There is wide variety in how formally the hypotheses are stated and how they are tested, but the idea that underlies much of North American political science is that political phenomena are rarely unique. Instead, each instance can be thought of as one case among a larger universe of cases, which can be compared to yield generalizations about causes and effects. The rest of this discussion focuses on this admittedly narrow conception of “political science” in “North America.” Framing the problem this way both makes the discussion manageable and makes it possible to construct some debatable arguments about the literature, rather than simply producing a long annotated bibliography.

A prominent example, as it relates to Ukraine, is the enormous literature on democratization. We assume that “regime type” is a variable, devise ways to measure it, and then set about finding the independent variables that might explain variation in the dependent variable. We test our hypotheses using methodologies ranging from qualitative comparisons to statistical studies. From this perspective, Ukraine may be just one case contributing to a comparative or large-n research design. When we write about democracy (or the design of election systems, or identity politics) in Ukraine, we bring theory and findings developed and tested in cross-national research, expecting that what is true elsewhere will be true in Ukraine. We also use Ukraine—sometimes by itself, more likely in comparison with other cases—to refine broader cross-national theories.

This political science is problem-solving in the sense that it links the study of politics to solving problems in the real world. In practice, much political science, explicitly or implicitly, is interested in understanding how the political world works precisely so that we can shape outcomes. Explanation in such research is a means toward the end of prescription—identifying the policies and practices that will lead toward goals that are considered worthy. This means that the agenda for research is often driven by the substantive concerns of the day. In this respect, political science does not differ from much of the natural sciences, which are often pursued and funded due to the promise that they will solve practical problems. We seek to provide “usable knowledge” (Lindblom & Cohen 1979).

For example, since there appears to be some negative relationship between strongly presidential systems and democracy, many scholars have advocated that Ukraine weaken its presidency. In Ukraine, the variation over time in the formal strength of the presidency has allowed us to study the question comparatively across time within Ukraine. The salience of this connection between political science and practice was demonstrated vividly in January 2014, when protesters and opposition leaders in Kyiv modified their demands to focus on the reinstitution of the division of powers between president and parliament that had existed under the 2004 constitutional amendments (RFE/RL 2014; personal communication, Kyiv, December 2013), as though they had been carefully reading Henry Hale’s comparative research (2011) on the division of powers in divided executive systems.

What has this approach accomplished, and what has it failed to do? Among the scientific successes have been providing a much improved understanding of Ukraine’s identity cleavages, anticipating the dangers of strongly presidential powers, and predicting the effects of different election laws. Among the unsolved problems is our inability to pin down the sources for variation in democracy over time in Ukraine (we can describe the variation but not really explain it). Nor have political scientists (or intelligence agencies) had much success predicting revolutions. Political scientists have not been able to design formal institutions that resist being subverted by preexisting informal institutions (Allina-Pisano 2008). We have not been able to devise policies to reduce corruption that can actually be implemented successfully in Ukraine’s political conditions, and we have not been able to devise foreign policies that make the country’s location an advantage rather than a liability. Scholars might reasonably respond that they have indeed identified such policies, but that they have not been adopted. Thus, the problem of designing good policies becomes a problem in designing the conditions for adopting good policies, and so on. The problem of unwillingness or inability to implement the sensible recommendations of political scientists is returned to in the third part of this essay.

Among the questions that Ukraine faces today, and has faced for the past twety-three years, are four that are indicative of the scope of political science and of the problems facing Ukraine. Reviewing research and policy on these questions helps illustrate what political science has and has not accomplished, and what the agenda looks like as this new journal is launched. Addressing these four issues is not meant to imply that other issues are less important; it is simply intended to contribute some breadth to the discussion. These four issues illustrate the value and the shortcomings of viewing Ukraine in comparative perspective and of using comparative research to inform policy.